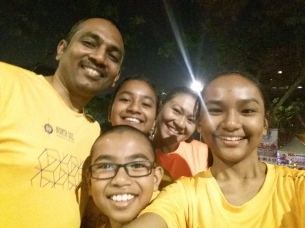 Saturday morning started at 4am, with coffee, hot milo and with some peanut butter sandwiches and 3 sleepy kids but they were super excited!

The race was held at Padong Merbok. We arrived Padang Merbok an hour before the race start and got our bibs and T-shirts. Met the awesome race director- Former SEA GAMES runner Mr Ganesan. He was extremely busy but always had a smile on his face and always so ever ready to assist in anyway he could.

What a striking sea of orange! We waited for the officials to flag off the 10 km runners, which was on time! It was an awesome start. The race also had tremendous support from the KLCC runners group that came together as one to make this race even more a successful one. A total of 320 members joined this race. Thank you, Mr Matthew Barsing ! KUDOS KLCC RUNNERS!

Few minutes later, the 3 km family fun run was flagged off. The race started with no issues,heading into a very slight incline. Amisha, aged 12 and Avinash, aged 10, ran so fast thanks to their adrenaline..They were running towards the path that leads to a small hilly upslope, my hubby was running with Anjali, aged 14 and me….I checked the race route carefully the day before and I knew this was included! It is not my favourite part of the race, good thing is that this was right at the beginning of the race, fresh legs to do the upslope. 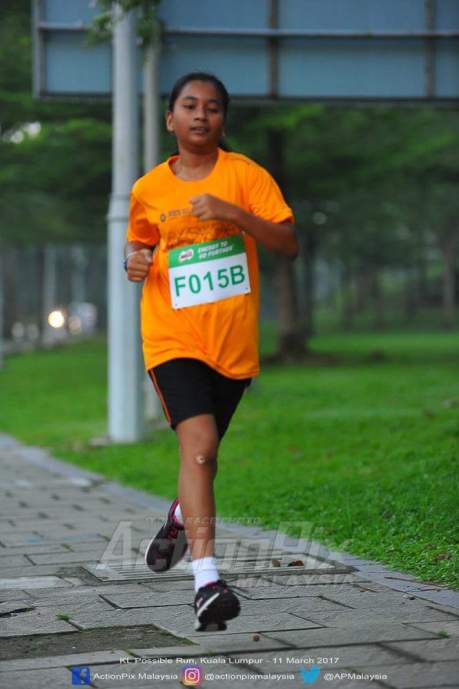 There were several water and electrolye stations along the 10 km course with lots of volunteers manning those stations as well as in between, at every turn and cross over point. All the volunteers were ethusiastic with lots of cheering, words of encouragement and reporting on placing. It was a beautiful day running (or should I say- running after my kids) The route was hilly and with lots of modest rolling hills.

A well organised small scale race. I thought that it was a smooth race with well placed distance markers at each KM, adequate water point for such short distance race, and enough volunteers stationed at different parts of the race to guide runners along.

It was so nice to care more about our quality time, family bonding time instead of keeping pace throughout the race. It was a fun little event, too bad that more people and families didn’t show up but I am hoping that if KL Possible Run do it again next year, the word will get out! This race event had awesome and amazing timing by the 10 km runners such as 33 min and 22 seconds….Just simply amazing! 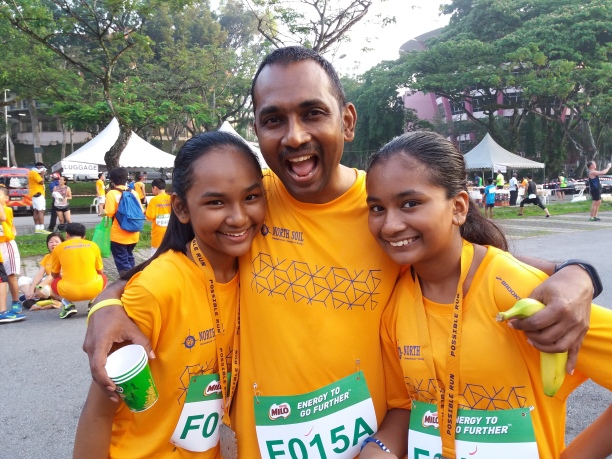 Once completed, finishers were given a nice, well detailed sturdy medal that says, “Everyone can run”- love the tagline! There were plenty of refreshments and snacks from sponsors such as Milo, 100 Plus, Brooks etc. 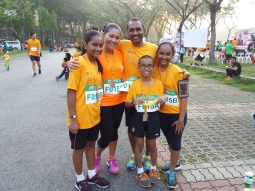 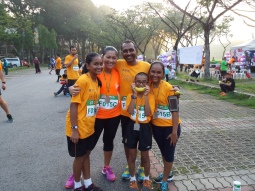 We will be back! Super well organized, lots of great features, a nice hilly route (Nice?? More like killer hills….LOL) Fun for the family. This event was fantastic. Everything about this is great amd these sentiments were shared by many running friends, families and people I met on the day! We will be back!