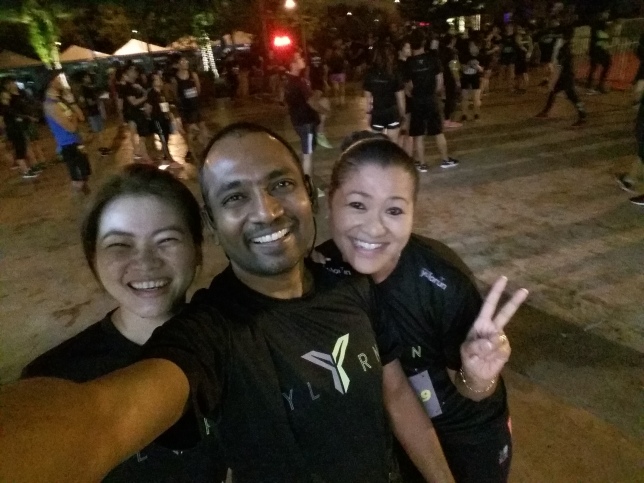 The runner’s appetite in me often seeks to run on new routes and different terrains. YOLO run KL was held last Sunday, 6 August at Oasis Square, Ara Damansara. I immediately embraced this opportunity to run for YOLO run KL 2017.

I always believe that not all runs/events are meant to be raced. While you select a few that you want to race, others are meant purely for the enjoyment factor. I decided to relax, have fun and take this one easy.

Hubby and I were in good time to collect the bibs, meet the organisers and chat with some runner buddies. I learnt that this event was one of  its kind because YOLO RUN series will also be held in Bangkok, Hong Kong and Singapore. The start area was amazing as I could feel so many different emotions. Before the 10 km flagged off, there was a warm up Zumba session led by two incredible and energetic ladies- which I enjoyed very much! At 7am, the announcer told us to proceed to the start line and at 7.15am, we were flagged off. It was a smooth flag off with plenty of room for manoeuvre.

Being still pitch dark, it was gratifying to see volunteers on bicycles and walking and assisting participants and runners. I could hear the birds chirping and darkness soon gave way to light as the sun’s first rays crept in. Basking in the beauty of the surroundings, I soon felt into a trance little realizing that it was a nice flat route.

Volunteers and photographers stood on the side- lines cheering and clicking our strides away, I gave hi fives to some of my runner friends, quite enjoying every moment of the run.

The water stations were well-managed. Eager volunteers were always ready with cups in their hands, waiting for runners to grab the drinks from them. There were two water stations at the 3 km and 8 km that looked well supplied; although runners became a bit pushy around them which is never nice. I got a few unwanted elbows in my sides but nothing serious,thankfully.

For the 10 km runners, the first U-turn point was located after the 5km mark. After the U-turn, there was a ‘check-point'(some runners without “runner’s etiquette”, opted to take a short cut and not go through the U-turn and went straight  for the ‘check point’. Anyway, after the ‘check point’, we were running in the direction facing the sun, but thankfully it didn’t get too hot. It was a breezy morning;the temperature remained low. 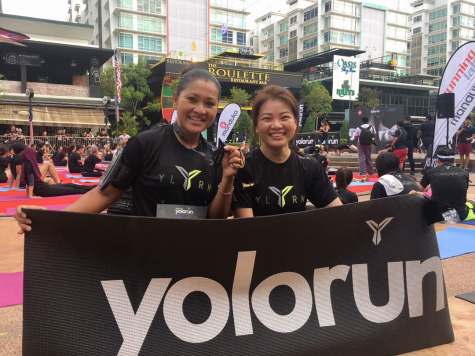 The final 2 km was quiet and tranquil. Runners were few and far between. Most runners, imcluding me, alternated between running and walking. At the finish line, we were given finisher’s entitlements, which included a medal ( loved the bling-unique and cool design) and mineral water etc. At the race village, there were plenty of booths, food trucks, restaurants and lots of activities such as fit challenges, Yoga and many more. 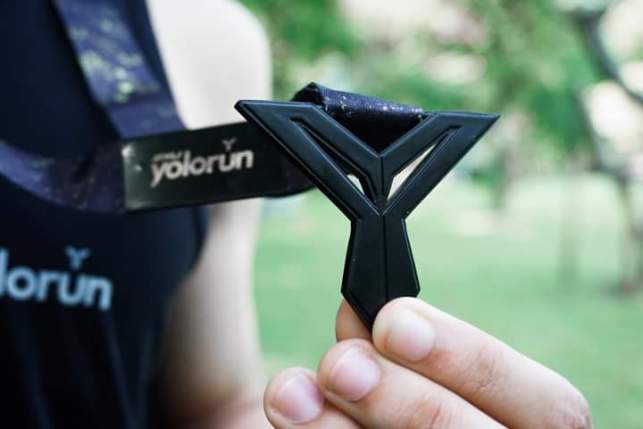 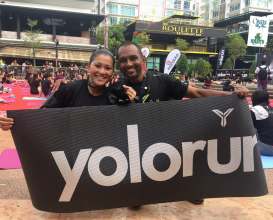 E: Expect anything! (Plan properly- Have plan A, B and even C)

S: Slow and steady all the way

E: Enjoy (remember, YOLO- YOU ONLY LIVE ONCE)

C: Commitment ( Stay committed to your race plan)To finish as you are “ULTRAORDINARY!”

OVERALL: This was such a great race and event and one that will stand out in my memory forever. YOLO Run KL has earned a place in my heart for sure.